You are here: Home / Carpentry / The Right and Wrong Ways to Deal with Wood Rot

We find wood rot on every single home that we touch – and we touch a lot of homes over the course of a year.

It could be very little, or it could be a lot. Sometimes there are areas that are visibly peeling because paint won’t hold when there’s rot. Sometimes it’s hidden by paint and homeowners have no idea that it’s there until the paint is removed. 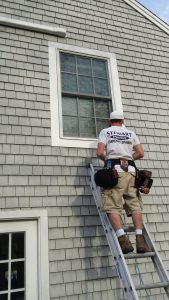 The path to wood rot starts the day the house is built.
Too often, sealing the end of a cut piece of wood is something of the past. If those ends are not sealed, they gather moisture like a sponge. That’s where we see paint failure and that’s where we see a lot of rot.

Now that Azek molding, which is made from PVC, is commonly used, we should see less wood rot in the future.

Can wood rot be prevented?

You can’t really prevent wood rot, but you can try to detect it and get on top of it quickly.

There are a few areas where it’s most commonly found.

One is at the end of rake boards because they haven’t been covered with roof shingles and it’s easy for the moisture to get into the end of the rake board. Window sills and side casings of windows are very common for rot.

Corner boards where downspouts are attached is another because some people don’t clean their gutters. Then the water overflows, saturates the downspout, moisture gets trapped in the downspout and the wood deteriorates. One other area is the water table trim or the skirt boards around the deck. You could have three months of a piece of wood completely covered by ice and snow. The weather in eastern New England is not conducive to wood sustaining a long period of life, 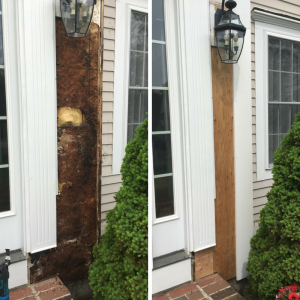 But if moisture is getting in, it ends up behind the shingles and gets into the sheathing. A dozen times a year we see someone who thinks they’re just going to have a simple $300 windowsill replacement, and it ends up being thousands of dollars because we have to replace all the sheathing and sometimes even the framing underneath the window.

For small repairs, you can dig out the rot and apply clear hardener to the boundary or border of the leftover wood. Then you would apply the wood filler. I would recommend a two-part wood filler, which is going to hold up the best.

A lot of times people just use a Spackle, but that’s not really designed to fill rotten wood.

Often, it’s better to replace the whole board length. The wood filler in place of the rot still leaves a margin, kind of like a tooth decay. You’re creating another seam. That area can be compromised at a later date, and now you are back into filling another area. If you remove the whole piece of wood and replace it with Azek, that solves the problem. 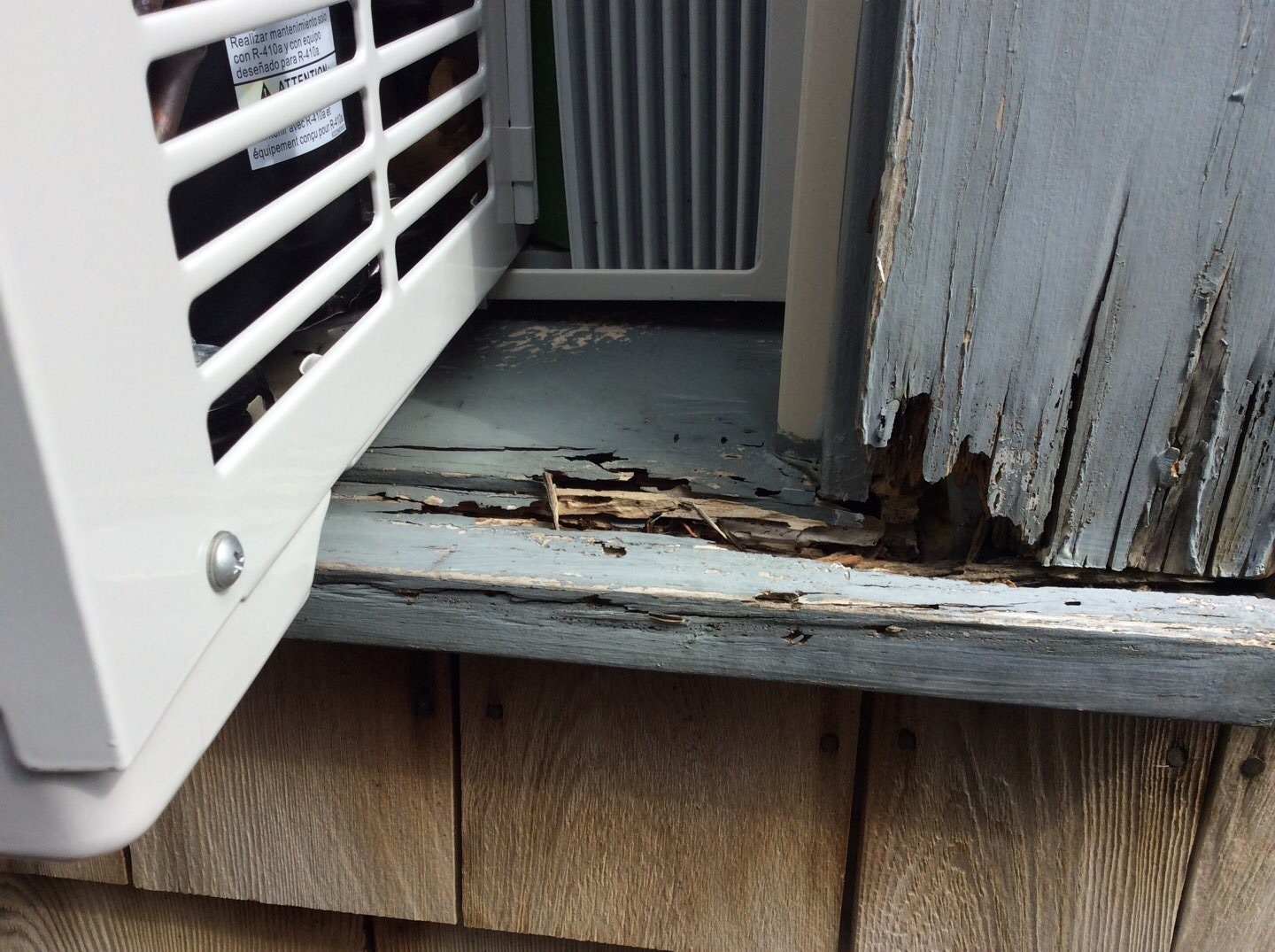 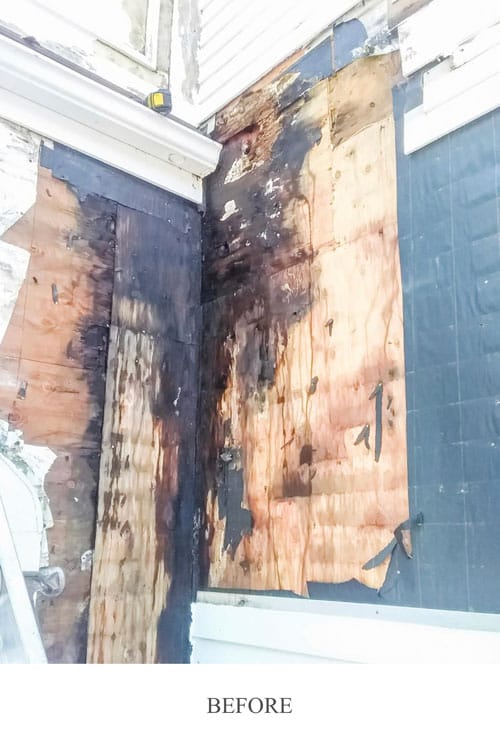 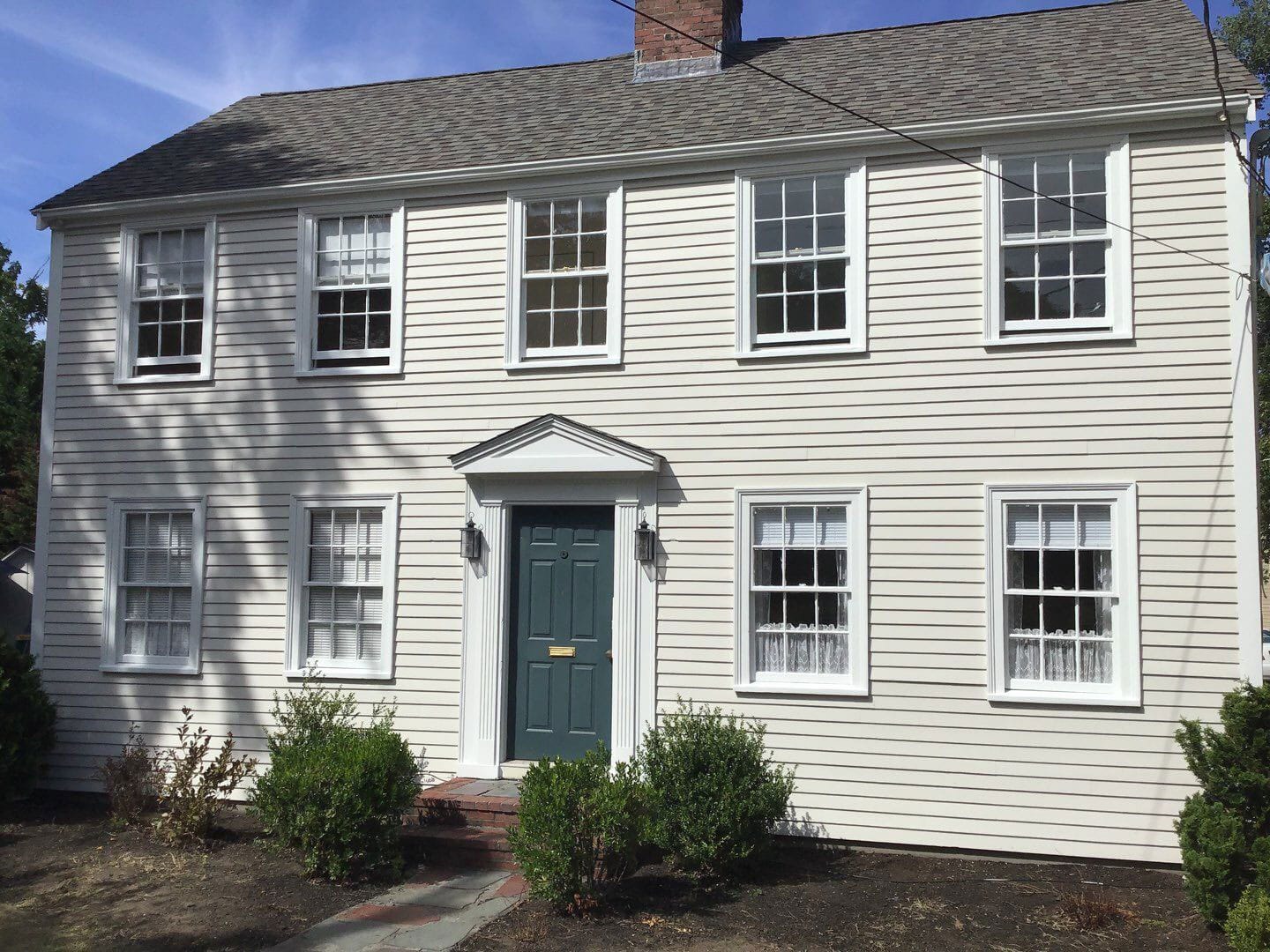