Maintaining a historical home in this day and age can be a challenge and nobody understands that better than Stewart Painting in Hingham. So many factors can play into an older home when it comes to painting/renovation. One must think about keeping the original design of the home, to preserve the historical value, are all proper precautions being made while working on the home to create a safe environment, and what happens if rotted substrates are found during the project? These are just the beginning of the questions a homeowner needs to ask themselves when working on their home with old bones and more than likely you will be asking yourself these same questions more than once throughout the renovation.
Take a moment to read this case study of a historical home renovation facilitated by Stewart Painting.

Historical homes are common in the town of Hingham and a homeowner called Stewart Painting for a free estimate for work needed on their home.

This was a home in Hingham with some great history behind it. During World War 2, Hingham was one of the most active shipyards for building landing ships and other vessels for the Allied armies in Europe. Because of this, housing was built throughout the town to give the soldiers and laborers a place that they were able to rest at night. Most were small Capes built near the shipyard but a select few Colonials were built in the center of town. These homes were special, built to accommodate British officers as they waited for the ships to be finished that they would then sail back to Europe.

The estimate started like any other, a pleasant introduction with the customer, breakdown of exactly what they are looking for in this specific project, and if there were any questions that we would be able to answer. It sounded like a relatively simple job, prepping and painting the trim throughout the exterior of the home.

As this house was built in the early 1900’s, we knew we would need to follow the EPA’s Lead Renovation, Repair and Painting (RRP) procedures (safe way to work with lead paint). The homeowner stated that there were asbestos shingles over the original clapboards and assumed it did not have any lead paint this isn’t always the case. To be sure, a lead test kit was used to sample the area and the results confirmed that there was indeed lead paint.

Another factor that went into the overall scope of the project is historical value retainment. Initially, the homeowner was interested in removing all of the original siding and replacing it with James Hardy Concrete Siding Boards. This option would have an extremely high cost associated with it and also would have taken away parts of the home that made it so special. After consulting with us, the homeowner realized that not only would we be able to preserve a majority of the original clapboards but also that the cost would be significantly less than residing the home with a more modern product that would only take away value from the home.

Instead of just painting the trim, the homeowner decided on a full home repaint with a large carpentry portion and confirmed by submitting a deposit. We sent the homeowner a confirmation packet that outlined the painting process, what Stewart Painting would need them to take care of ahead of time (such as trimming back bushes, etc), and included a color selection sheet to determine the exact color scheme to be used on the home.

A week later the Stewart Wash crew came to the home to low pressure wash the home, this procedure is done with a cleaning solution and a water pressure low enough to not disturb the lead surfaces before following the RRP procedures. Once the home was washed and had enough dry time, our painting and carpentry crews arrived to begin work on the project.

It’s important to follow safety procedures when working on a home with lead paint. For starters, we placed a 20 ft radius of barrier preventing anyone entering the worksite, 10 feet of thick plastic around the home to contain any lead chips, and set up a wash/decontamination station for our painters to safely enter and exit the work site while not exposing themselves to any lead.

Initially, the first thing to focus on when starting a job like this would be to properly set up the job site to follow RRP procedures. These procedures are not limited to just our painters but also our wash and carpentry crews. After assessing the job the crew leaders realized that the first point of attack would be for the carpentry team to replace all rotted/cracked clapboards. This was done in full lead suits, fit-tested respirators, and gloves that have been taped to the suits to seal in the crew members from contamination.

While working on this portion of the job it became clear that a portion of the sidewall on the home was sagging and flexing when the men put ladders on it. This was an indicator of rot within the sidewall at which point the homeowner was made aware and the carpentry crew leader opened up the wall to find the exact issue. The sidewall substrate, which is supposed to be solid wood, had been turned to a fine powder. It was at this point that insects had been determined to be the suspect and a local exterminator was sent out to gain more information. The exterminator treated the sidewall and all of the rotted wood was removed and replaced with new sheathing, giving the home a sidewall that would be safe to side over.

With carpentry finished, the next step of the process was to prep the home for painting, once again following RRP procedures (full containment and protection). All flaking paint was scraped off and removed (with RRP jobs, a contractor is unable to sand lead surfaces) and any holes or large imperfections were filled with wood filler. After this point, the house received a full coat of oil primer.

While this was all being done, the customer was being constantly updated on the project through our company cam (a program that shows the customer and company real-time photos of the job being completed) as well as through conversations with our production managers. The homeowner was ecstatic about the work being done and inquires about having her window sashes/panes re-glazed and painted as well. The estimator came back out to the job the same day and provided them with a price. That was also accepted, and the window sashes were added into the project and were completed in the time estimated by the office.

A total restoration of a beautiful home was provided to the customer. All proper RRP procedures were followed, any questions that the homeowner had was answered promptly and professionally, the painting of the home was of the highest quality, and most of all the historical value of the home was only increased by the work done. The homeowner could not be happier and it is just another example of the STEWART PROMISE and the high quality and attentive work to expect when hiring Stewart Painting.

We are so pleased that we hired Stewart Painting!
Sheldon Stewart, Jeff, Glenn, Jimmy, Colin, Ricardo, and Jeremy all did an outstanding job at our house.
There was excellent communication, attention to detail and workmanship. They also took care in leaving our property neat and tidy, following each day’s work.
The whole project, from my initial meeting with Jeff, through the final punch list with Glenn, was carried out carefully, thoughtfully, and professionally. It was a pleasure to work with each one of them.
Their outstanding efforts have totally transformed the appearance of our house!
I highly recommend Stewart Painting. ~ Amy M. (Home Owner)

A Fresh Facade for Fall
Paint a Virtual Picture 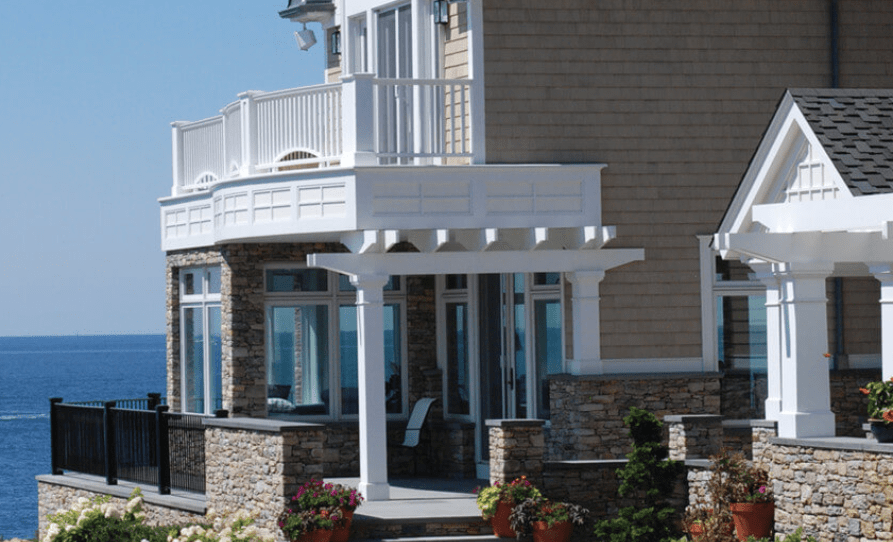